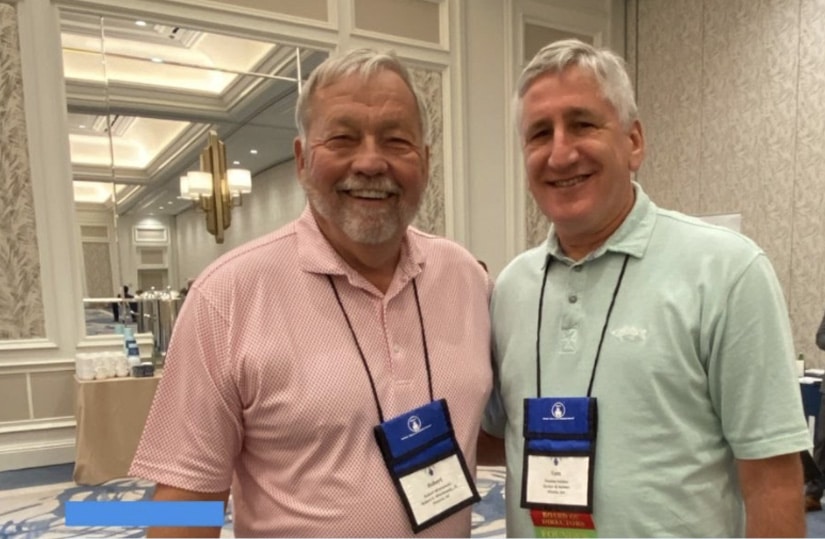 Bob Wisniewski, Arizona ​​Workers’ Compensation Certified Specialist and founder of the Law Offices of Robert E. Wisniewski, has been named as a finalist of the prestigious Comp Laude® 2021 award. This year’s award ceremony, hosted by  WorkCompCentral, will (yet again) be virtual and take place on November 5, 2022.

What is the Comp Laude® award?

Each year, WorkCompCentral has an open call for nominations for the Comp Laude® Award. These nominations are open to anyone relevant to the workers’ compensation industry—including individual people and companies.

The purpose of the Comp Laude® Award is to celebrate individuals/companies that have dedicated themselves to the advocacy of injured workers, as well as the workers’ comp system itself.

When and where is the Comp Laude award presented?

With the ongoing COVID-19 pandemic, this year’s Comp Laude® Awards & Gala will once again be virtual; however, previously, the annual galas were held in various cities in California.

The 2021 Comp Laude® Awards & Gala will be a 2-day event. The first day will consist of a half-day session of pre-conference sessions held by the Alliance of Women in Workers’ Compensation, as well as an opening reception. During the first day, there will also be exhibitors set up for participants to peruse.

The second day will be jam-packed with education sessions—sessions exclusive to workers’ compensation professionals to inspire the attendees. The second day will conclude with the highly anticipated awards ceremony, followed by a reception that allows attendees to mingle and congratulate the winners.

The very first Comp Laude® Awards & Gala began in December 2014. The mission when the Comp Laude® Awards began was to transform the narrative of the workers’ compensation industry (from workers all the way up to stakeholders) to a more positive one.

Who can attend the Comp Laude® Awards & Gala?

Each year, there is an open call for those interested in hosting a session or being a speaker. As long as they’re part of the workers’ comp industry and submit a topic that is relevant to the industry and to the Comp Laude® mission, they can suggest a topic or speaker.

After the open call for topics closes, the Comp Laude® Advisory Board meets and reviews the topics and votes on what to feature for the year. In the case of sponsored sessions, the company sponsoring the session determines who will be speaking at their sessions.

While it’s an honor just to be nominated for such a prestigious award, we’d like to wish Bob Wisniewski good luck and congratulations on being a finalist for this year’s award.

If you or a loved one were hurt at work and need an experienced workers’ comp attorney on your side, look no further than the award-winning Law Offices of Robert E. Wisniewski. Contact us today for your free consultation.

Truly Grateful
Workers Compensation  |  Phoenix
Truly Grateful
"Hi Bob, I sincerely hope you can forgive me for not contacting you before now. I am truly ..."
C.N., Verified Customer