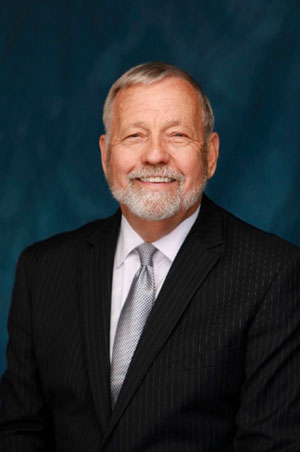 Bob Wisniewski has one mission: “Justice for the injured worker.” For over 44 years, Bob has devoted his practice to representing Arizona injured workers in more than 12,000 Industrial Commission hearings statewide.

By concentrating his law practice solely on workers’ compensation, Bob and his team of dedicated professional attorneys and staff can provide the highest level of service and the best possible results for their clients. Sensitive to the needs of his cross-cultural community of injured worker clients, almost all the attorneys and staff are bilingual in Spanish. Breaking down communication barriers allows clients to be more at ease when working with the legal system.

In addition to representing injured workers from all industries such health services, landscaping and construction (to name a few), Bob is counsel for local professional athletes including the Arizona Cardinals, the Arizona Diamondbacks, the Arizona Coyotes, and the Tucson Roadrunners players.

Bob is also actively involved in Kids’ Chance, an organization dedicated to providing scholarships to the children of Arizona’s injured workers. He serves on the Board of Directors and is present at their many community events. In 2008, he founded an educational scholarship to Phoenix College for minority students.

“I hope this letter expresses my faith in your firm that you continue to fight and speak for those who cannot do so themselves. You have shown integrity, care and compassion concerning my case – as well as my self – personally, which most would not have bothered themselves with. This personal touch counts and I will definitely toot your horn for you whenever there is a need or opportunity to do so. Again, I thank you and I greatly appreciate what you have all done for me. You will all be in my heart and mind. Sincerely and with great appreciation.” – K.S.

You won’t be disappointed

“I hired Robert Wisniewski for my workers compensation claim. The Law Offices of Robert Wisniewski has been excellent with my claim. Bob is an awesome attorney who knows what he is doing! Bob takes his time with you and spends countless hours on your case. If you get hurt on the job call Bob. You won’t be disappointed with his service. Thank you for your hard work Bob.” – J.R.

The Attorney’s Role in Workers Compensation

Bob Wisniewski talks about his experience as a workers’ compensation attorney and explains why an injured worker would seek out legal representation for a claim.

PTSD Lawyer for First Responders in the Line of Duty

First responders, including police officers, emergency medical technicians (EMTs), paramedics, firefighters and state troopers, can suffer from PTSD as a result of experiencing or witnessing traumatic events in the line of duty. In as many as 90% of PTSD cases, the patient experiences another mental or behavioral disorder such as depression, anxiety, alcohol abuse, personality disorder, social anxiety disorder or increased risk of suicide.

If you’ve been injured in the line of duty, personally experienced, witnessed or been confronted with a traumatic event in the workplace resulting in PTSD, you may be entitled to workers’ compensation benefits.

Free Consultation
Can you receive workers’ compensation for PTSD?