Can I Sue My Employer for a Workplace Accident in Arizona?

(602) 234-3700 Schedule an Appointment
Phoenix Job Injury Attorney (Home) > Arizona's Worker's Compensation > Can I Sue My Employer for a Workplace Accident in Arizona?

Learn why workers generally can’t sue their employers, except in certain circumstances

Accidents can happen to anyone at any time. If someone else’s negligence or recklessness caused your accident, then it may be possible to sue them for compensation or damages.

But what happens when you get hurt at work?

Can I sue my employer for negligence?

Generally, the answer is no.

This is because most Arizona employers are required to carry workers’ compensation. This no-fault insurance coverage kicks in whenever an employee is injured on the job, regardless of who was at fault. 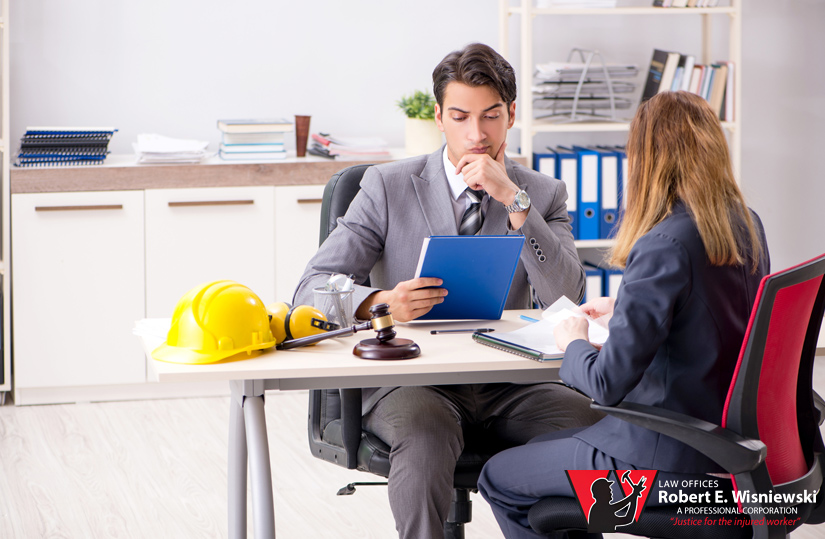 Workers’ compensation can be advantageous for both employees and employers. It benefits employers because it limits their liability in an accident. Moreover, such insurance makes them generally immune to personal injury lawsuits under almost most circumstances.

It also benefits injured workers because they can obtain financial compensation without needing to prove fault or negligence (as is the case in a personal injury lawsuit).

However, there are situations in which employees are provided with legal remedies other than workers’ compensation. Specific circumstances must apply before these alternatives become available.

All states have enacted workers’ compensation laws because it’s practical and prudent for employees to have access to immediate compensation for on-the-job injuries, regardless of who may be at fault. While not perfect, this is a sensible solution as it removes the burden of proving fault from the injured party.

The exchange for this compensation, however, is employer immunity from civil action. The employer has to pay for workers’ compensation coverage, but they generally don’t have to worry about personal injury lawsuits.

Because most injured employees can only gain compensation by filing a workers’ compensation claim, this precept has become known as the “Rule of Exclusivity”—or the exclusive remedy rule.

Nevertheless, there are certain specific situations in which an employer may find that they can pursue a personal injury lawsuit for a workplace accident.

Does one of these circumstances apply to your situation?

If so, then you might be able to sue your employer.

Any employee who has rejected workers’ compensation coverage in writing before the date of their injury retains their right to bring a personal injury lawsuit against their employer and/or an at-fault coworker. This is considered a risky gambit and accordingly is rarely used by workers in Arizona.

If you’re even considering going this route, it’s best to consult with an attorney first.

Intentional misconduct of the employer or a coworker

Intentional misconduct is difficult to prove, so attempting a lawsuit based on your employer’s intent to cause you harm may be a risky proposition. However, if you have evidence that your employer or a coworker took an action that was specifically intended to cause you harm, then you may be able to bring a personal injury lawsuit.

However, it’s important to understand that you can’t sue under this exception simply because someone at work did something that happened to end up harming you. Rather, you must prove that the motivation behind the action was to hurt you.

For example, your boss punching you in the nose would fall under this exception. But if he accidentally elbows you in the nose while working, your best bet is probably to file a workers’ compensation claim.

This is not an issue with most reputable places of employment, but there are always exceptions. Arizona’s workers’ compensation law is quite specific with regard to the fact that most employers must carry this insurance and the policy must be sufficient to provide adequate coverage. If an employer fails to meet these requirements, however, then they have broken the law and may be liable for an injured worker’s damages.

If you are injured on the job and discover that your employer doesn’t have workers’ compensation insurance or doesn’t have sufficient coverage, then you may be able to sue in civil court for medical costs, lost wages and pain and suffering. The employer will also be subject to fines from the Industrial Commission of Arizona (ICA).

Working as an independent contractor

As an independent contractor, you are not formally employed by the employer. This means that if you get hurt while performing work for that company, you are not eligible for protection under workers’ compensation.

Instead, you might be able to bring a personal injury lawsuit in Arizona against the company that contracted your services—so long as you can establish that negligence played a role in your injury. If your case is successful, you may be entitled to greater compensation than you would be under the auspices of workers’ compensation.

Can you sue your employer in Arizona?

If you have been injured on the job, then you probably have a lot of questions about your rights. Fortunately, most instances of workplace injury are relatively straightforward. A claim is filed and the employee receives necessary compensation to help pay for things like medical care.

However, if you think that your situation may fall into one of the above exceptions, then you may have grounds to sue your employer outside of the workers’ compensation system.

In a civil lawsuit, you could pursue lost wages as well as reimbursement for medical treatment. Many plaintiffs make claims for compensation based on a permanent impairment in addition to pain and suffering. Personal injury lawsuits also may involve punitive damages that are designed to punish the employer for their recklessness or negligence.

It’s critical that plaintiffs in these cases gather all possible documentation and begin working with an experienced attorney as soon as possible. First, you must prove to the court that you are eligible to sue your employer, which can be difficult on your own.

To discuss whether or not you have a case against your employer, contact the Law Offices of Robert E. Wisniewski today for your free consultation.