What is temporary partial disability and when do you qualify for TPD benefits in Arizona?

Following a work-related injury or illness diagnosis, most injured workers in Arizona qualify for workers’ compensation benefits. However, what they quickly discover is that there are several different categories or types of compensation available. Determining which benefits you are entitled to can be confusing, which is why hiring an Arizona workers’ compensation attorney can help.

Lost wages, or “indemnity benefits,” one type of workers’ compensation. Within this category, compensation for injured workers depends on if the injury was total or partial, and temporary or permanent.

In this article, we’ll focus on work injuries that are temporary and partial—and the compensation available under this category. 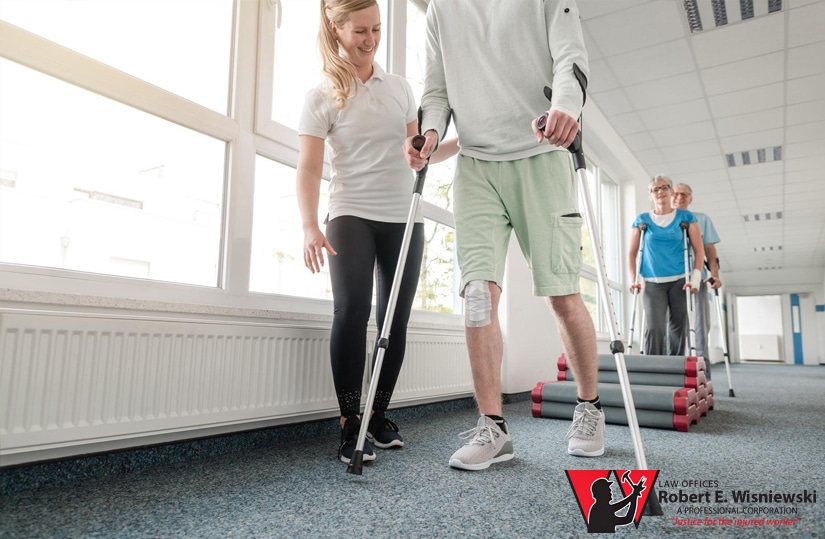 What is temporary partial disability?

Temporary partial disability (TPD) is a worker’s compensation disability where an injured employee can still work following an injury, but with a temporary freeze on performing certain jobs and movements. Workers’ compensation amounts may differ within TPD.

For example, let’s say you were injured at work and have a medical note stating that you cannot work more than a certain amount of hours per week. In this case, the role of TPD is to help bridge the gap between your loss of income due to the disability or injury so that you and your family don’t suffer financial hardship.

How much compensation can I get through TPD?

Benefits vary from state to state. In Arizona, calculating TPD benefits is usually done by taking two-thirds of the difference between the employee’s original pay before the injury, and the pay they are receiving for working part-time.

Calculations can be done by averaging the worker’s weekly wage from the past 52 weeks, how much they are earning with the part-time work, and then doing some calculations to come up with an estimated amount.

“For temporary partial disability there shall be paid during the period thereof sixty-six and two-thirds percent of the difference between the wages earned before the injury and the wages that the injured person is able to earn thereafter. Unemployment benefits received during the period of temporary partial disability shall be considered wages able to be earned.”

In other words, temporary partial disability should pay two-thirds of the difference between your pre-injury wage and post-injury wage. Should you receive unemployment compensation while injured, these payments shall be considered wages able to be earned.

Arizona law also states that in calculating the TPD benefit amount, consideration should be given to previous disabilities, occupational history, nature and extent of physical disability and the type of work the employee is able to perform after the injury. Wages received for work performed after the injury, as well as the age of the employee at the time of injury, are also taken into consideration.

Some states specify that the workers’ compensation insurer determines the maximum temporary total incapacity benefit—in other words, how much the employee is entitled to receive for days they are totally unable to work. Employees may be able to receive TPD for as long as they are unable to earn a pre-accident average weekly wage for up to a period of 260 weeks (5 years).

It’s worth noting that the maximum rate of compensation you can get through temporary disability benefits is limited by the average monthly wage cap. This maximum cap is set each year. So if the difference between the pay you made before your injury and what you’re currently earning in the temporary situation exceeds the maximum amount, your compensation will be capped.

When do TPD benefits stop?

Temporary partial disability benefits may be stopped if an employer suspects that a worker is able to return to work at full pre-injury capacity. If a doctor has medically cleared the employee, they may also be able to return to work full-time. Workers who dispute the employer’s decision to reduce or stop benefits may decide to file a claim with a worker’s compensation attorney.

TPD benefits may also be stopped if the employee has reached the maximum limit on temporary disability benefits in their state. Most states limit benefits to a certain time period (such as 104 weeks). Even if the state limit has been reached, there are cases where benefits can be extended if the condition is serious.

Injured workers generally need clearance from their doctor before returning to work after a workplace injury or illness. There may be cases when the employee can return to work with certain adjustments to job duties (i.e. less physical exertion, special equipment, etc.). If the employer has offered the worker modified light-duty work based on the doctor’s clearance orders, the employee may stop receiving their temporary disability benefits.

What if a temporary injury becomes permanent?

If the temporary disability turns into a permanent one, the employee would need to make sure they start receiving permanent disability benefits. If an insurance company delays approvals for medical treatment, the time limit on TPD may pose a problem.

For instance, an employee may be waiting for approvals on surgery for their condition, during which the time limit on TPD has been reached. The employee may then be unable to work, and without benefits.

Injured employees who are out of work for more than 12 months can apply for Social Security disability benefits, or SSDI. If the injured worker is collecting workers’ compensation benefits, then SSDI benefits may be adjusted in order to ensure that combined amounts of SSDI and workers’ comp do not exceed 80 percent of the employee’s average earnings.

Do I qualify for TPD?

To qualify, workers would need to file for workers’ compensation. Most state laws require a waiting period before the employee is eligible to collect TPD benefits, meaning the injured worker would need to be out of work for a period of time before they become eligible.